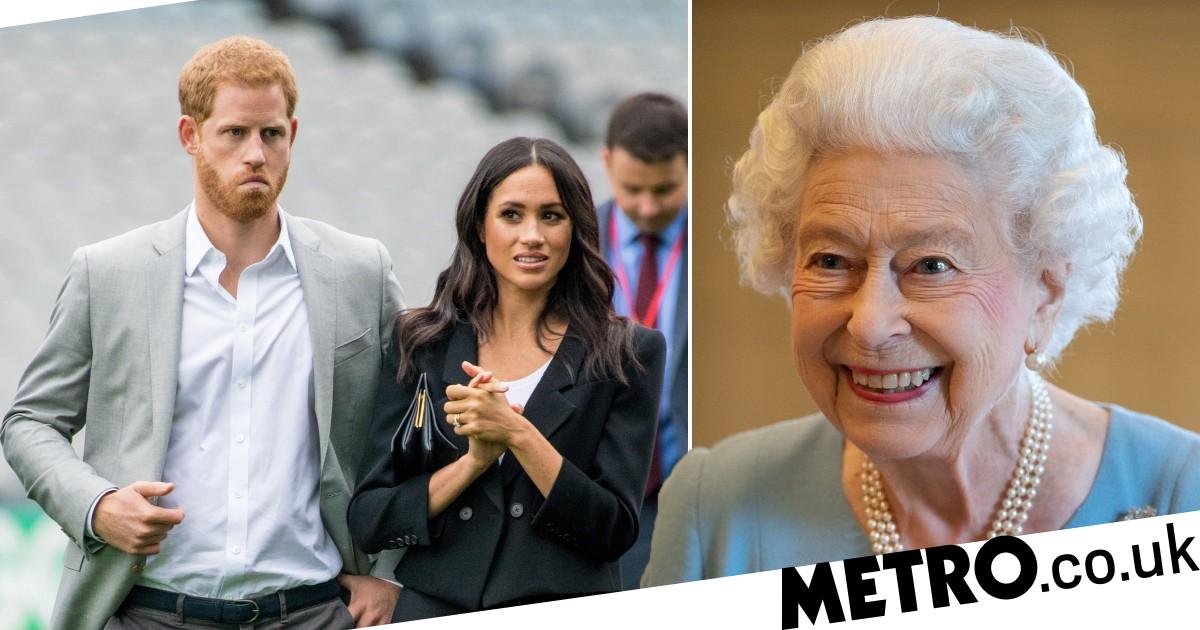 Prince Harry and Meghan did not publicly congratulate the Queen as she achieved the major milestone of spending 70 years on the throne.

The couple, who live in Montecito, California, had not posted any message of congratulations by the end of the day, UK-time.

February 6 marked seven decades since the death of King George VI, leaving his daughter and heir Elizabeth to take over as monarch.

The Queen spent the day in quiet reflection at Sandringham and used the occasion to confirm her ‘sincere wish’ that Prince Charles’ wife Camilla should be known as Queen Consort when the Prince of Wales becomes King.

Charles responded with his own message, congratulating his mother on her ‘remarkable’ Platinum Jubilee.

But the Sussexes’ communications channels remained silent throughout the day.

The couple rarely post on social media but have used the website of their Archewell foundation to make statements, including the announcement of their second child, Lilibet.

Their interventions in key debates including on Covid vaccines and climate change have also appeared on the site.

Harry was expected to extend an olive branch to the rest of his family during the Queen’s jubilee and seek to mend the rift caused by his departure to the US in 2020.

It is thought likely that he will take part in the official celebrations in June this year, when the country will enjoy a four-day bank holiday weekend.

In her own statement to mark her Platinum Jubilee, the Queen said: ‘It is a day that, even after 70 years, I still remember as much for the death of my father, King George VI, as for the start of my reign.

‘As we mark this anniversary, it gives me pleasure to renew to you the pledge I gave in 1947 that my life will always be devoted to your service.’

A new photograph and footage was released showing the monarch working from papers delivered to her in her famous red box.

It was taken on Wednesday during the Queen’s stay at her Sandringham estate where she traditionally spends Accession Day.


MORE : Footage released of Queen working as country marks her 70 years on the throne