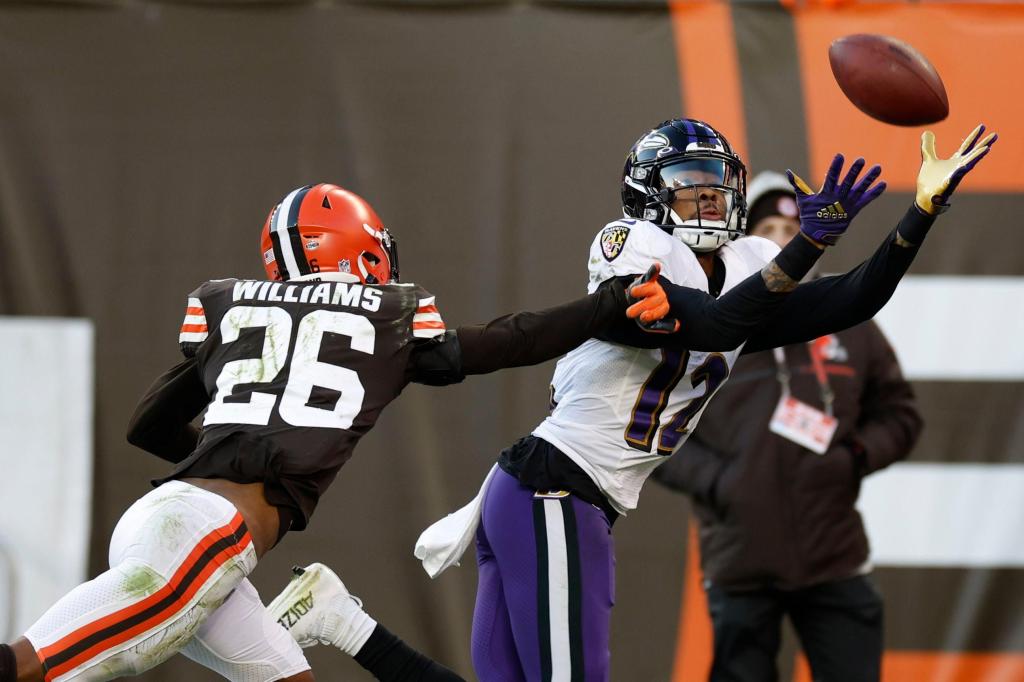 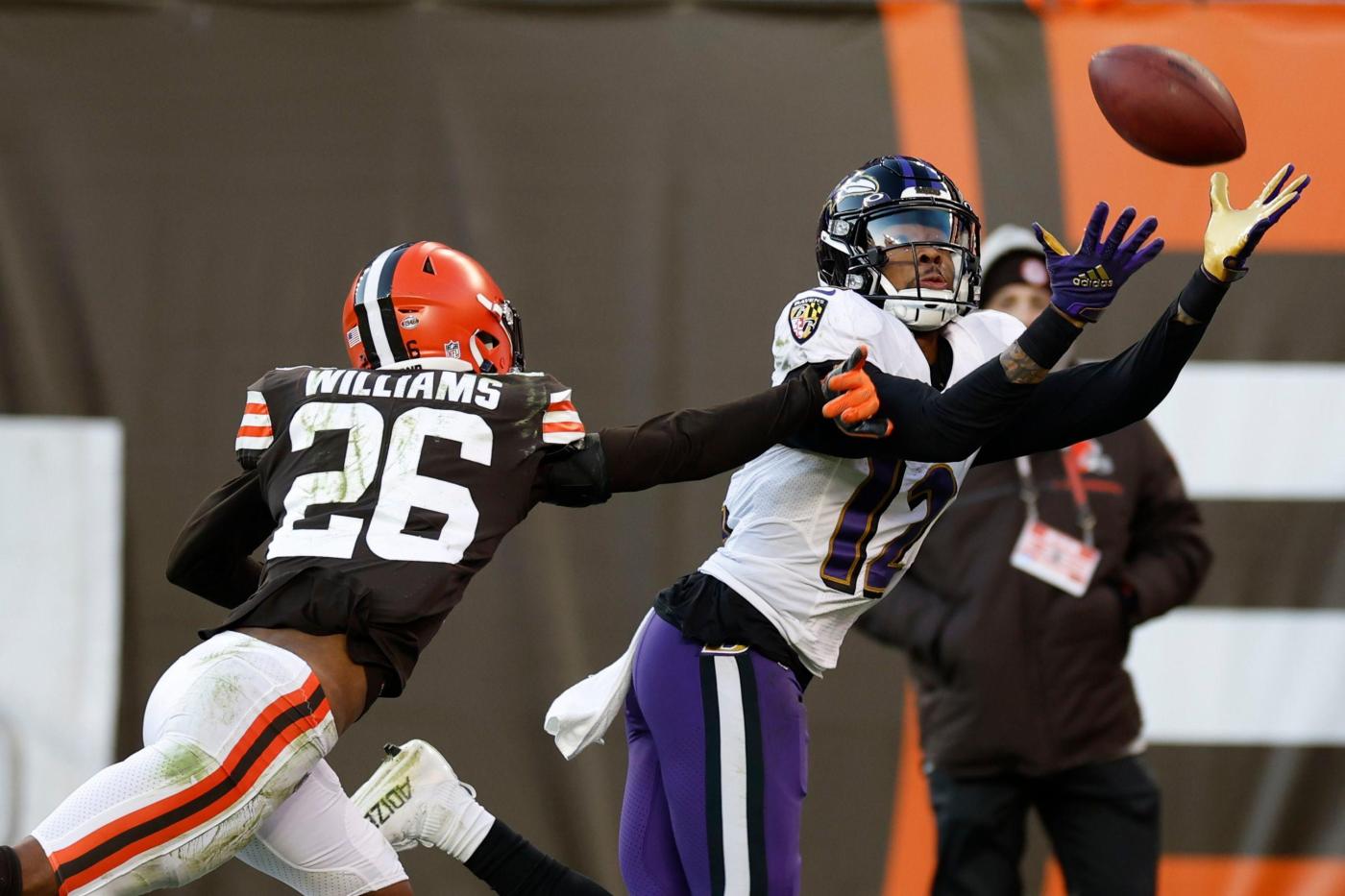 It’s been a roller-coaster rookie season for Ravens wide receiver Rashod Bateman. On Sunday, he might have turned a corner.

Bateman, the No. 27 overall pick in the draft, had a career-high seven catches for 103 yards in Sunday’s 24-22 loss to the Cleveland Browns and came within a few inches of his first career touchdown catch. It marked the former Minnesota star’s first 100-yard game in the NFL.

Strangely enough, the rookie’s breakout game came with star quarterback Lamar Jackson sidelined for most of the afternoon after he exited early in the second quarter with an ankle sprain.

Backup quarterback Tyler Huntley often looked Bateman’s way when he needed a big play. In the fourth quarter, Bateman caught a 36-yard pass deep down the left sideline over cornerback Greedy Williams and fell into the end zone, but was ruled down at the 1-yard line. Running back Latavius Murray scored one play later to cut the Ravens’ deficit to 24-15 with 8:56 to play.

Late in the game, Bateman also came up clutch. On fourth-and-6 from the Browns’ 38-yard line, he made a 30-yard catch over his left shoulder to set the Ravens up inside the 10. Tight end Mark Andrews caught an 8-yard touchdown pass on the next play to make it 24-22 with 1:17 to go.

The Ravens called Bateman’s number with the game on the line, too. With Baltimore facing fourth-and-6 from its own 45 with one minute left — after Baltimore recovered its first successful onside kick in 20 years — Huntley threw a quick pass to Bateman, who was tackled short of the sticks.

Bateman has been waiting most of the season for that chance. A groin injury suffered early in training camp led to surgery, which kept the receiver off the field until Week 6 against the Los Angeles Chargers. Although his early numbers weren’t eye-popping, Bateman’s first 11 catches all went for first downs.

He has 39 catches for 301 yards this season, averaging 12.0 yards per reception. After Sunday’s game, he said he’s starting to feel more comfortable about his role in coordinator Greg Roman’s offense.

“I’m just doing my job, continuing to make plays for the team,” he said. “Hopefully, I can keep it up.”

He’ll have to find a way to do so with Huntley. But Bateman, like his teammates, is confident in the former undrafted free agent.

“It’s never easy, especially watching [No.] 8 [Jackson] go down, but we knew ‘Snoop’ was ready,” Bateman said. “He proved it in the preseason. He proved it in Chicago when he came out on top with the ‘W.’ We have all the confidence in ‘Snoop’, just like we do in [Jackson]. He knows we have his back, just like he has our back.”