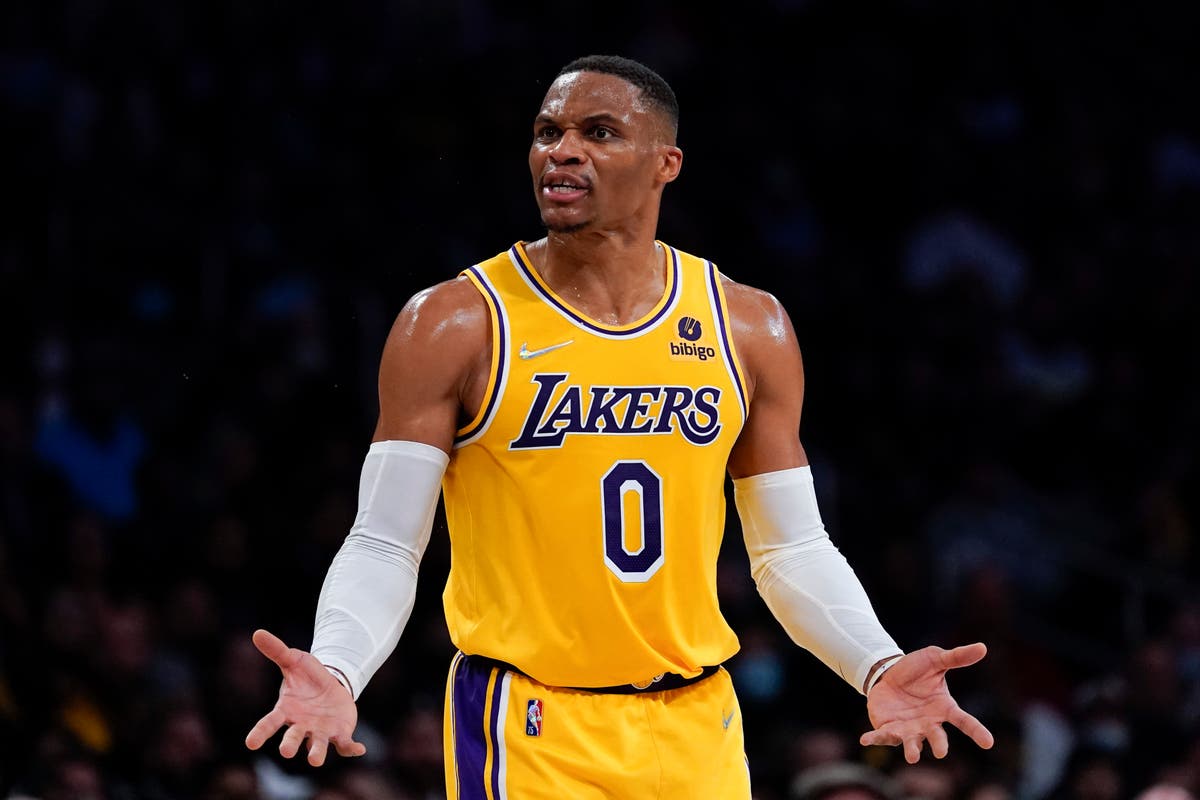 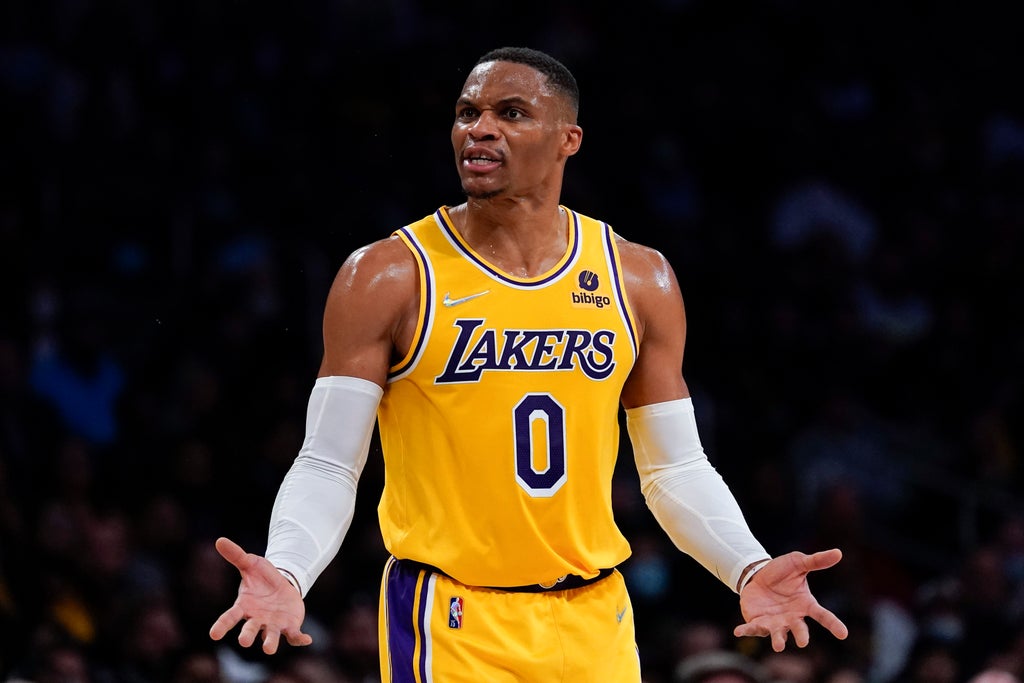 Russell Westbrook posted his first triple-double of the season to help the Los Angeles Lakers sneak past the Charlotte Hornets 126-123 after overtime .

Little could separate the two teams in regulation, with Anthony Davis’ clutch free throws with less than a minute remaining ultimately proving the difference.

Westbrook finished with 17 points, 12 rebounds and 14 assists, while Davis added 32 points and 12 rebounds in the narrow win.

Julius Randle scored 31 points to lead the New York Knicks to a 103-96 win over the short-handed Philadelphia 76ers.

The Sixers were dealt a blow prior to tip-off when Joel Embiid and three others were ruled out due to Covid-19 protocols.

Despite putting up a tough fight, the challenge ultimately proved too great for Philadelphia as New York claimed their second win in five games.

The Chicago Bulls outscored the Brooklyn Nets by 25 points in the fourth quarter to improve to seven wins and three losses this season with a 118-95 victory.

Although they went into the game riding a five-game winning streak, the Nets appeared to run out of petrol down the stretch as they gave up 42 points in the final period.

Steph Curry was at his electric best as the Golden State Warriors beat the Atlanta Hawks 127-113.

The two-time MVP made nine of his 19 attempts from deep en route to a 50-point performance.

The Phoenix Suns held off a late surge to come away with a 109-104 victory against the Sacramento Kings.

Elsewhere, the Denver Nuggets romped to a 113-96 win over the Miami Heat, Ja Morant’s 33 point-effort helped the Memphis Grizzlies conquer the Minnesota Timberwolves 125-118, and the Dallas Mavericks beat the New Orleans Pelicans 108-92 for their third straight victory.