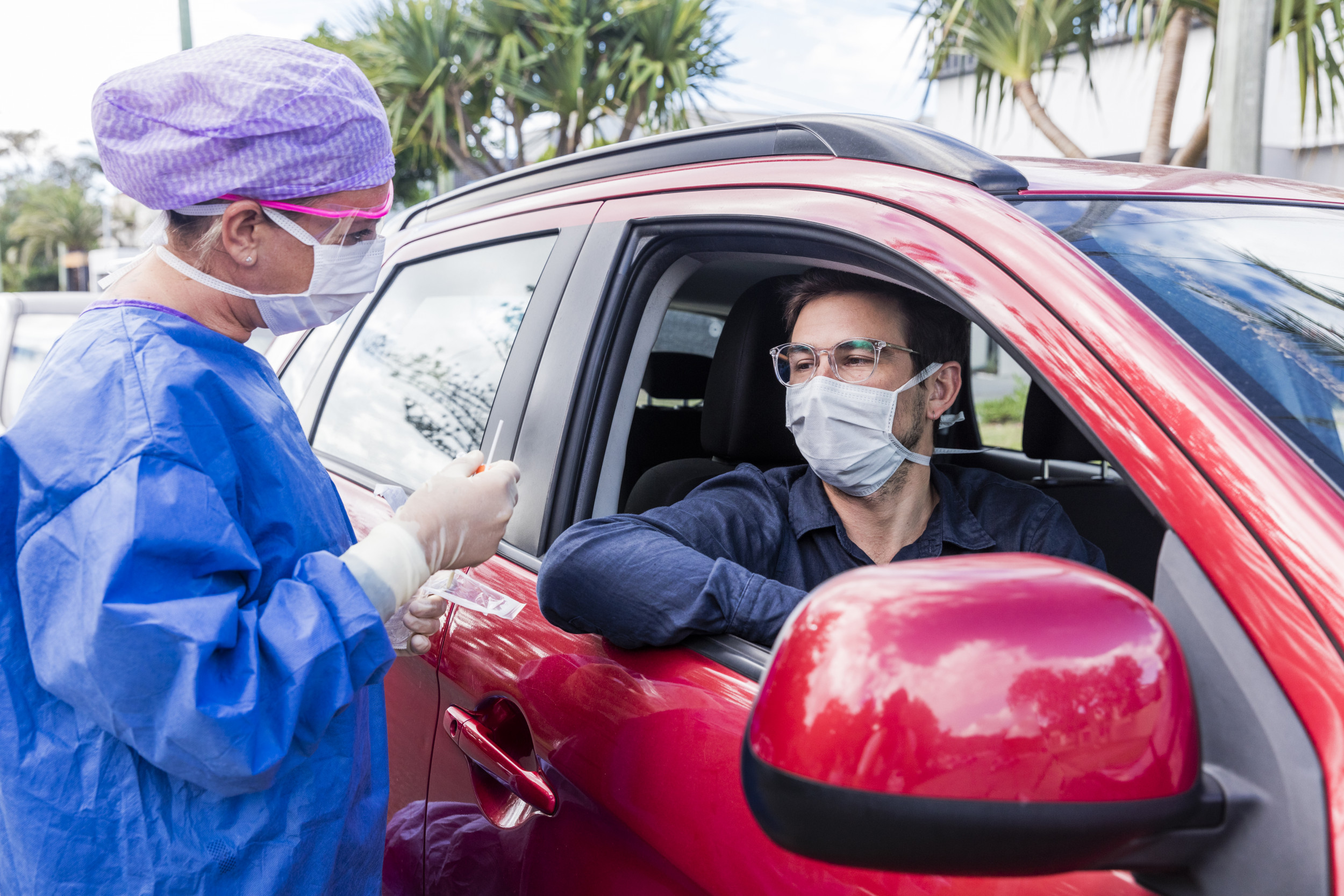 A COVID testing company that is under investigation has suspended its operations for a week amid mounting criticism over its practices.

The Illinois-based Center for COVID Control (CCC), which says it has more than 300 testing locations across the country, announced in a press release on Thursday that it is pausing its operations across all testing sites beginning Friday, January 14, and plans to reopen on Saturday, January 22.

The news comes as the COVID-19 testing company, which operates nationwide, has come under scrutiny after customers complained about its practices. Some of the company’s testing sites are pop-ups run out of sheds or mobile storage units.

The Department of Justice in Oregon launched a civil investigation into the company for Unfair Trade Practices Act violations, according to USA Today, which reported that complaints have been lodged against the firm in Washington and Minnesota.

The news outlet also reported that the states of Massachusetts and Washington this week shut down a number of the company’s COVID-19 testing sites in their communities.

The Center for Covid Control LLC received an “F” rating, or a failing grade, from the BBB, for inadequately responding to consumer complaints. It was established in December 2020, according to the Illinois Secretary of State’s website.

The company said on Thursday it was experiencing “operational strain” due to “high demand for testing due to the Omicron variant surge.”

“This unusually high patient demand has stressed staffing resources, as has been widely reported, in a subset of our locations, affecting our usual customer service standards and diagnostic goals,” the company said.

It said it will “temporarily pause further collection of patient specimens” to “ensure the highest customer service and diagnostic quality.”

Company founder and CEO Aleya Siyaj said in a statement that CCC has not been able to “meet all our commitments…due to our rapid growth and the unprecedented recent demand for testing.”

“We’ve made this difficult decision to temporarily pause all operations, until we are confident that all collection sites are meeting our high standards for quality,” said Siyaj.

Over the last few weeks, the daily number of COVID tests that CCC has collected nationwide has increased from 8,000 per day to more than 80,000 per day, the statement said.

The company said it would use its operational pause for additional staff training in sample collection and handling, a refocus on customer service and communication practices, and to ensure compliance with regulatory guidelines.

Meanwhile, in a separate internal company memo obtained by USA Today and addressed to “all location owners and managers,” the company cited “increased scrutiny by the media into the operations of our collection sites.”

“This, coupled with various customer complaints, resulted in various state health departments and even Department of Justice taking a keen interest in our company,” the memo said.

The COVID-19 testing company has made headlines in recent days as some said that they didn’t receive their results back or received conflicting results after getting tested.

Several Floridians told Wink News that CCC told them that they had tested negative, before they had even taken their tests.

Others accused the company of being “a scam” in comments on its social media pages.

Newsweek has reached out to the Center for COVID Control for additional comment.