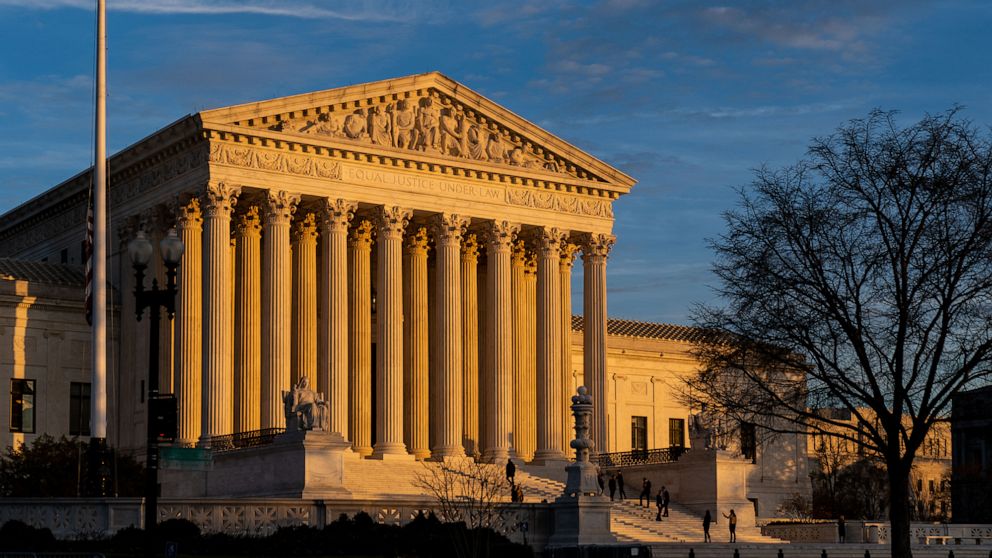 The Supreme Court on Thursday issued a stay of the OSHA vaccine-or-test requirement on private businesses of 100 or more workers, dealing a setback to the Biden administration’s effort to control the COVID pandemic.

By a 6-3 vote, with the three liberal justices — Stephen Breyer, Sonia Sotomayor and Elena Kagan — dissenting, the court reasoned that the agency exceeded its authority to regulate workplace safety.

“Although COVID-19 is a risk that occurs in many workplaces, it is not an occupational hazard in most,” the majority wrote.

At the same time, the justices voted 5-4 — with Chief Justice John Roberts and Justice Brett Kavanaugh joining the 3 liberals — to allow the Biden administration to require vaccination of health care workers at facilities that treat Medicare and Medicaid patients, subject to religious or medical exemptions.

Business groups and a coalition of Republican-led states challenging the Biden vaccine rules praised the rulings.

“Today’s decision is welcome relief for America’s small businesses, who are still trying to get their business back on track since the beginning of the pandemic,” said Karen Harned, executive director of National Federation of Independent Business (NFIB) Small Business Legal Center, which sued OSHA. “As small businesses try to recover after almost two years of significant business disruptions, the last thing they need is a mandate that would cause more business challenges.”

The all of the Court’s conservatives were in agreement that Congress should have been more specific and clear if it had intended to give an agency such sweeping power to impose vaccination on more than 80 million Americans.

“This is no ‘everyday exercise of federal power,'” the court’s majority wrote. “It is instead a significant encroachment into the lives—and health—of vast number of employees. We expect Congress to speak clearly when authorizing an agency to exercise powers of vast economic and political significance. There can be little doubt that OSHA’s mandate qualifies as an exercise of such authority.”

In dissent, Justices Breyer, Kagan and Sotomayor argued that extraordinary times can require extraordinary measures, and that Congress gave the agency sufficient charge to respond to emergencies.

“In our view, the Court’s order seriously misapplies the applicable legal standards,” they wrote. “And in so doing, it stymies the Federal Government’s ability to counter the unparalleled threat that COVID–19 poses to our Nation’s workers. Acting outside of its competence and without legal basis, the Court displaces the judgments of the Government officials given the responsibility to respond to workplace health emergencies.”

During nearly four hours of oral arguments last Friday in two highly expedited cases, the justices all appeared to fully comprehend the gravity of the moment for American public health; but many justices voiced fundamental disagreement with the federal government’s authority to impose vaccine mandates nationwide.

“I am disappointed in the court’s decision, which is a major setback to the health and safety of workers across the country,” said Labor Secretary Marty Walsh, who oversees OSHA. “Regardless of the ultimate outcome of these proceedings, OSHA will do everything in its existing authority to hold businesses accountable for protecting workers.”

One rule, by the Occupational Safety and Health Administration that took effect on Monday, would have required private employers of 100 or more employees to ensure they’re vaccinated or subject the unvaccinated to a mandatory mask-and-testing policy, at the company’s expense.

The Department of Health and Human Services has separately ordered all health care facilities that treat Medicare and Medicaid patients with federal funding to require vaccinations of all workers and staff, with limited exemptions allowed for religious or health reasons. The policy is in effect is roughly half the country after a federal appeals court halted it in other areas.

“Congress authorized the Secretary to promulgate, as a condition of a facility’s participation in the programs, such ‘requirements as [he] finds necessary in the interest of the health and safety of individuals who are furnished services in the institution,'” the majority wrote, quoting from the statute.

“Relying on these authorities, the Secretary has established long lists of detailed conditions with which facilities must comply to be eligible to receive Medicare and Medicaid funds,” they wrote. “Such conditions have long included a requirement that certain providers maintain and enforce an ‘infection prevention and control program.'”

The majority also pointed out most hospitals and health systems do not oppose the rule and, in fact, commonly require employees to be vaccinated for hepatitis B, influenza, measles, mumps and rubella.

Justices Thomas and Alito took a narrower view in dissent, saying federal law does not authorize such a mandate.

More than 10.4 million health care workers at 76,000 federally-funded facilities will now be covered by CMS vaccine mandate, according to the administration.

President Biden said he was “disappointed” with the Court’s decision in the OSHA case but said a ruling upholding the requirement for health care workers will save lives. “The lives of patients who seek care in medical facilities, as well as the lives of doctors, nurses, and others who work there,” Biden said in a statement. “We will enforce it.”

Hundreds of private businesses, however, have voluntarily imposed their own vaccine requirements for employees. Those policies are unaffected by the Court’s ruling.