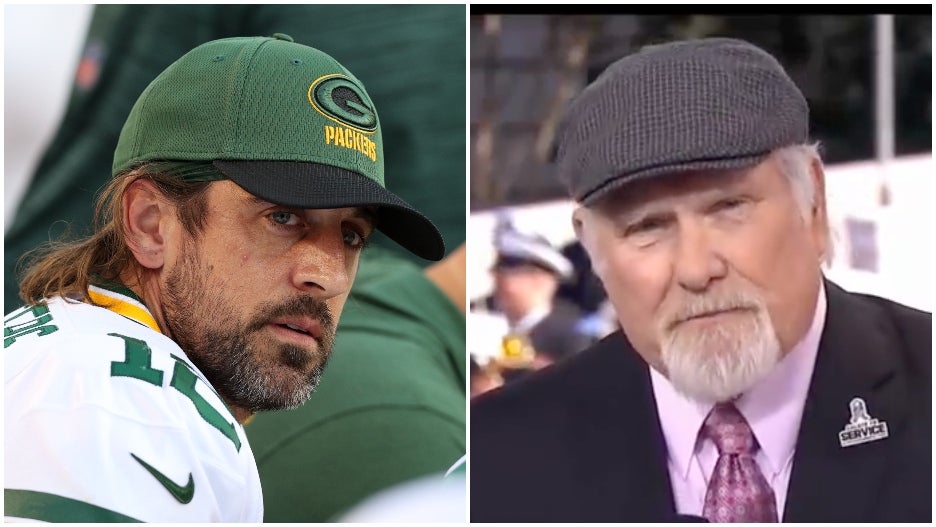 NFL Hall of Famer Terry Bradshaw had harsh words for Green Bay Packers quarterback Aaron Rodgers following the revelation that he tested positive for COVID-19 after concealing his vaccination status.

Speaking from the Naval Academy in Annapolis, Maryland, for a two-hour special pregame “Fox NFL Sunday,” Bradshaw shared “some advice” for Rodgers.

“It would have been nice if he had just come to the Naval Academy and learned how to be honest,” he said, as the camera panned to the cheering sailors behind him. “Learn not to lie, because that’s what you did, Aaron. You lied to everyone.”

He continued, “I understand ‘immunized.’ What you were doing was taking stuff that would keep you from getting COVID-19. You got COVID-19. Ivermectin is a cattle dewormer. Sorry, folks, that’s what it is.”

Bradshaw went on to address the larger political implications of the NFL’s COVID protocols, which have resulted in anti-vax players threatening to retire in protest:

Co-host Michael Strahan also chastised Rodgers for using the word “immunized” in reference to taking vaccine alternatives and on the inappropriateness of Rodgers invoking Martin Luther King, Jr. while defending his refusal to comply with the NFL’s mask mandate for unvaccinated players.

“In the grand scheme of things, it’s deceptive and it’s wrong,” Strahan said. “And the presentation that he did did not help.” 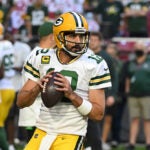 On Friday, Rodgers appeared on Pat McAfee’s talk show, where he said he had a “moral obligation to object to unjust rules.” He told McAfee that he is using anti-parasitic drug ivermectin – which has not been proven effective against COVID-19 – per podcaster and MMA commentator Joe Rogan’s advice.

On “NFL Fox Sunday,” Jimmy Johnson chimed in to say he was “disappointed” with Rodgers’ verbal workaround and “selfish actions,” while Howie Long commented on the public health risk that he had created.

According to the NFL Network, Rodgers could face fines but likely no suspension if he is found to have violated COVID protocols. Since Thursday, the NFL has been gathering evidence and conducting interviews with Green Bay Packer personnel for its investigation.

Rodgers is not playing in Sunday’s game against the Kansas City Chiefs after testing positive on Wednesday. 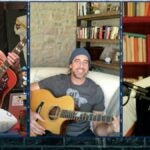