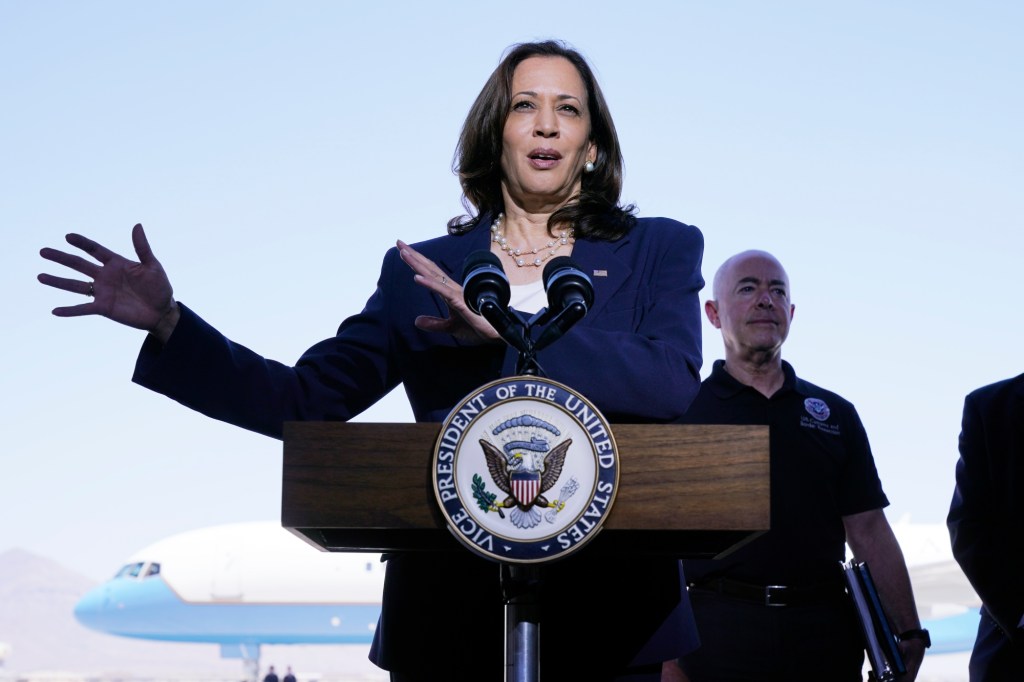 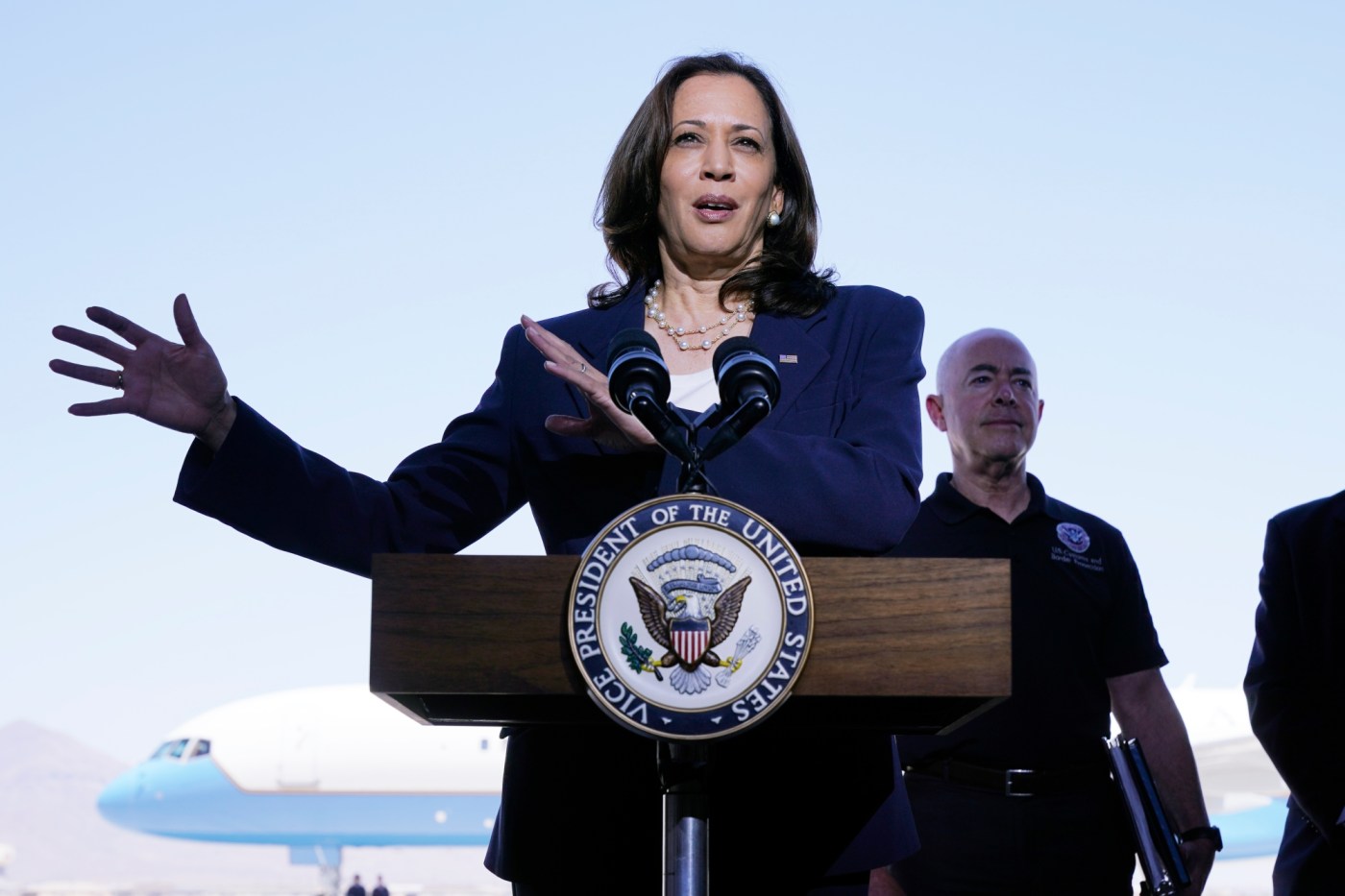 On March 9, 2020—just days after Joe Biden effectively secured his position as the presumptive Democratic nominee for president—then-candidate Biden described himself as “a bridge” to a new generation of Democratic leaders who are “the future of this country.”

From the outset of his campaign, Biden was implicitly clear about how he saw his role within the Democratic Party. Both Biden and his voters recognized that he was the most viable Democrat to win the general election, but he was also going to be 78-years old when he took office, making him less than likely to seek a second-term.

Consequently, when Kamala Harris was selected as Biden’s running mate—the first female, Black, and South Asian American in the position—she was viewed not only as a vice presidential candidate, but also as the potential future leader of the party.

However, 11 months into the administration, the idea of Biden passing the torch to Harris in 2024 is problematic at best, and disastrous at worst for Democrats’ electoral prospects. Indeed, the vice president is deeply unpopular—just 28% of voters approve of Harris’ job performance, according to a recent USA Today-Suffolk University Poll.

There are two interrelated trends behind Harris’ lagging ratings. First, Americans are unhappy with the way things are going vis-à-vis the issues Harris has been assigned to lead on, namely, immigration. Second, mainly as a result of the former, Harris has been sidelined by the administration, which has led to tension with the West Wing and contributed to dysfunction in her own office.

Harris’ defenders argue that Biden dealt her a bad hand when he assigned her to lead the administration’s border response, which is not entirely unfair. Managing the policy and the politics of the border crisis would be a tough issue for any vice president to address, and it’s unclear whether or not the situation would be demonstrably better absent Harris’ involvement.

That being said, it is clear that Harris herself has made missteps, and she was not prepared to lead on immigration—nor was she likely prepared to be vice president, having only served four years in the Senate. She has struggled to, even at the very least, communicate the administration’s position on immigration and migrant control.

As a result, Harris has become the face of the crisis and of the administration’s failed immigration policies.

In June, Harris’ ratings took a turn for the worst following an interview with NBC’s Lester Holt. Holt pressed Harris on why she personally hadn’t visited the Southern border and if she had plans to go, and Harris’ response was both defensive and deflective.

“And I haven’t been to Europe,” Harris quipped at Holt’s question. “And I mean, I don’t understand the point that you’re making. I’m not discounting the importance of the border.”

In addition to the border crisis, Harris was also tasked with leading the Democrats’ voting rights legislation efforts in Congress. The John Lewis Voting Rights Act failed, and the chances that further legislation passes at this point is slim-to-none, given how the administration has prioritized other issues.

To that end, Biden and leading Democrats in Congress have remained focused on passing Biden’s infrastructure bill and the Build Back Better Plan, which has made the voting rights efforts—and by extension, Harris as the leader of those efforts—look like a sideshow.

That brings us to the second reason: Harris has been sidelined. The vice president hasn’t done any major solo interviews recently, and her public appearances and media exposure have been limited.

According to a CNN report, many in the vice president’s circle “fume that she’s not being adequately prepared or positioned, and instead is being sidelined.” Some speculated that this has created tension in Harris’ own office, and contributed to a number of high-profile resignations, like Symone Sanders.

The report implies that Harris has been purposefully sidelined by the West Wing, as aides in the president’s office are allegedly “worn out by what they see as entrenched dysfunction and a lack of focus.”

The report is one of many unflattering news reports about Harris’ office that have emerged in recent weeks. Predictably, the White House went on the defensive, asserting that Harris is a “vital partner” to Biden and claiming that Harris faces more criticism because she is a woman of color.

While that may be true, it doesn’t change the two manifest realities that Democrats must grapple with: Kamala Harris is deeply unpopular, and was woefully unprepared for the job.

But suppose Harris isn’t the candidate in 2024. Where does that leave Democrats?

Does Biden, who will be 82 years old, run for re-election while at the same time juggling the responsibilities of the presidency? If Biden retires and doesn’t endorse Harris, does the party coalesce around another Democrat? Or does a long, drawn-out, and politically damaging primary process ensue?

At this point, there is no obvious best-case 2024 scenario for the Democratic Party.

All we know is that Democrats are likely stuck with Harris on the ticket in some form—and right now, it’s difficult to imagine a scenario where a successful Democratic ticket in 2024 includes her at all.