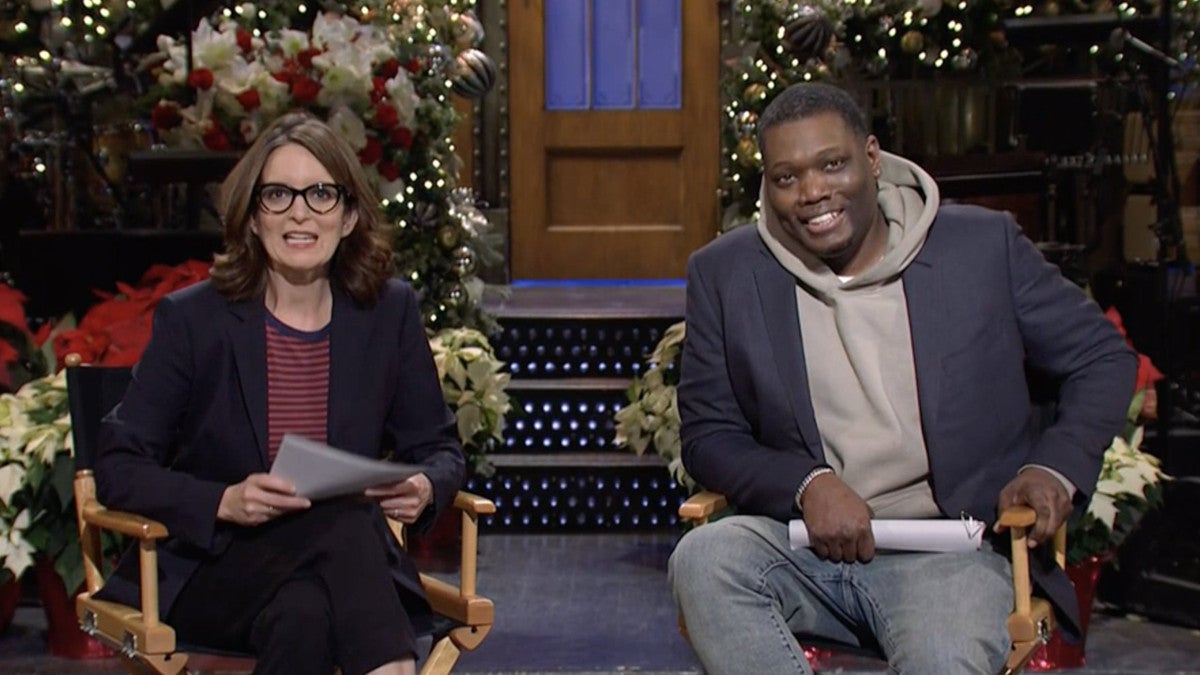 While this week’s “SNL” was largely scrapped due to COVID concerns, Weekend Update was still performed live – without Colin Jost.

Tom Hanks and Paul Rudd opened Saturday’s show by explaining the cast had been sent home and the show would be a mix of pre-recorded and classic sketches, with Hanks and surprise guest Tina Fey then inducting Rudd into the 5-Timers Club given that Saturday’s show marked his fifth time hosting.

But while the show then went on with some sketches that Rudd and the cast were able to pre-record this week in addition to some older sketches, Weekend Update was performed onstage by Fey and Michael Che. 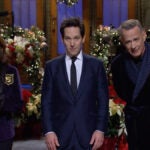 Jost’s absence was addressed directly by Fey up top: “It’s not what you think. He’s getting some work done.” Fey and Che then explained they’d be performing the jokes for a very small audience, with the camera revealing Rudd, Hanks and Kenan Thompson sitting in the audience. Asked by Fey if he’d heard these jokes before, Rudd affirmed he had not, and Fey and Che then launched into the traditional Weekend Update script with cutaways to reactions from Rudd, Hanks and Thompson in the audience.

“Saturday Night Live” announced earlier on Saturday that it would have no studio audience or musical guest for the episode, citing the new surge of COVID-19 infections in New York City fueled by the Omicron variant. The producers made an effort to reduce the amount of people inside the building for the taping, resulting in a limited cast and crew.

Fey, of course, was co-anchor of Weekend Update with Jimmy Fallon when she was a cast member on “SNL.” And when Fallon left the show, Fey then co-anchored with Amy Poehler. During her appearance with Che, she proved she has chemistry with literally anyone during the iconic Weekend Update segment.