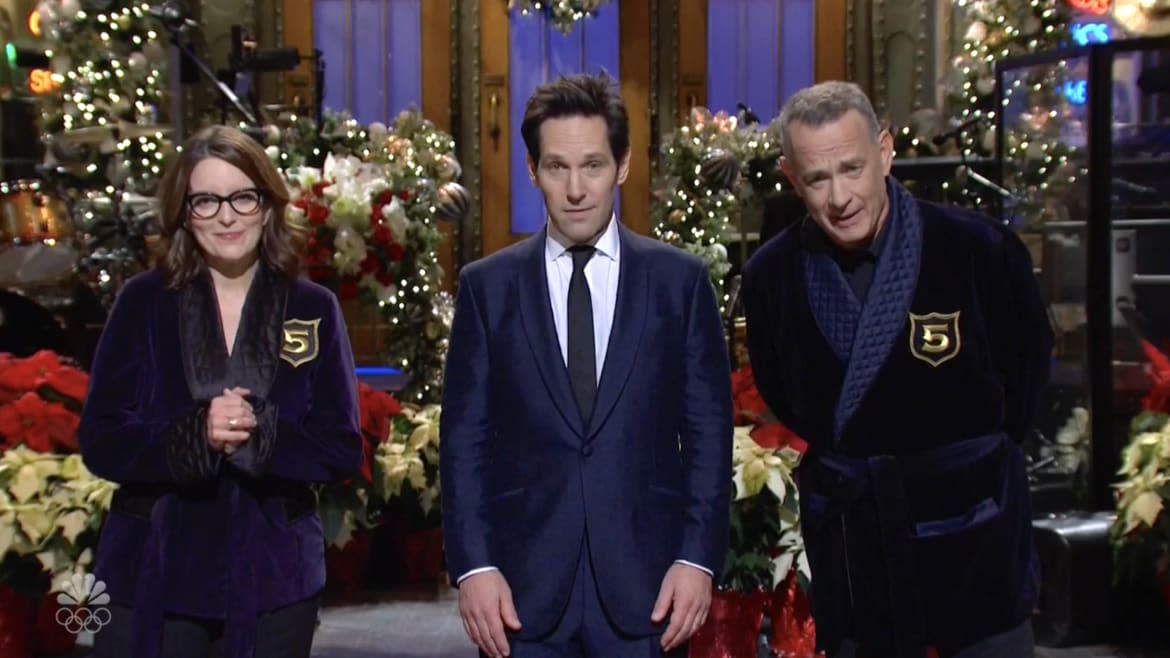 The situation at 30 Rock’s Studio 8H was a fluid one fraught with uncertainty.

Around 3 p.m. Saturday, the New York Post reported that there had been a COVID outbreak of sorts among the Saturday Night Live cast, with “a set insider” telling the paper “that ‘four actors’ have tested positive for coronavirus—and ‘three others’ have called out because they are now ‘fearful’ about coming to NBC Studios at 30 Rockefeller Center, where the weekly sketch show is filmed in Midtown.”

SNL subsequently announced that there would be “no live audience” and the sketch-comedy show would be operating with “a limited cast and crew” due to the Omicron variant’s ravaging of New York City, resulting in a record number of daily COVID cases (9,822—compared to around 900 cases a day in early November).

If that weren’t enough, the night’s musical guest Charli XCX wrote that she was told around 3 p.m.—when the Post story ran—that her “segment of the show wouldn’t be able to go ahead for everyone’s safety” and had to be canceled.

All of this begged the questions: Isn’t Lorne Michaels, who still oversees every aspect of the show, 77 years old? Shouldn’t we be protecting our newly crowned Sexiest Man Paul Rudd? Is it responsible for SNL to be going on at all? Nevertheless, they persisted.

The Season 47 finale episode of 2021 kicked things off with a previously recorded monologue by Tom Hanks, who took the stage sporting his Five-Timers Club smoking jacket—a club started by Hanks, the first person to host SNL five times.

“Thank you, I’m Tom Hanks. Thank you, surviving crewmembers,” he began. “Tonight, everyone at Saturday Night Live planned to do our big Christmas show and induct a new member into our Five-Timers Club, but COVID came early this year. So, in the interest of safety we do not have an audience, and we sent home our cast and most of our crew. But I came here from California. If you think I was going to fly 3,000 miles and not be on TV, well, you got another thing comin’!”

Then the two—with the help of SNL’s longest-serving cast member ever, Kenan Thompson—inducted Rudd into the Five-Timers Club.

“Look at that, it’s beautiful!” exclaimed Rudd of the smoking jacket.

A video message from Steve Martin came next—mistakenly identifying Rudd as Hanks, while dissing his Only Murders in the Building co-star Martin Short for being a mere three-timer—followed by sketches “taped earlier in the week” along with some old favorites.

So, it looks like SNL did end up happening after all. Sort of.

For more, listen to SNL alums Rachel Dratch and Ana Gasteyer on The Last Laugh podcast.

Read more at The Daily Beast.

Get our top stories in your inbox every day. Sign up now!

Daily Beast Membership: Beast Inside goes deeper on the stories that matter to you. Learn more.