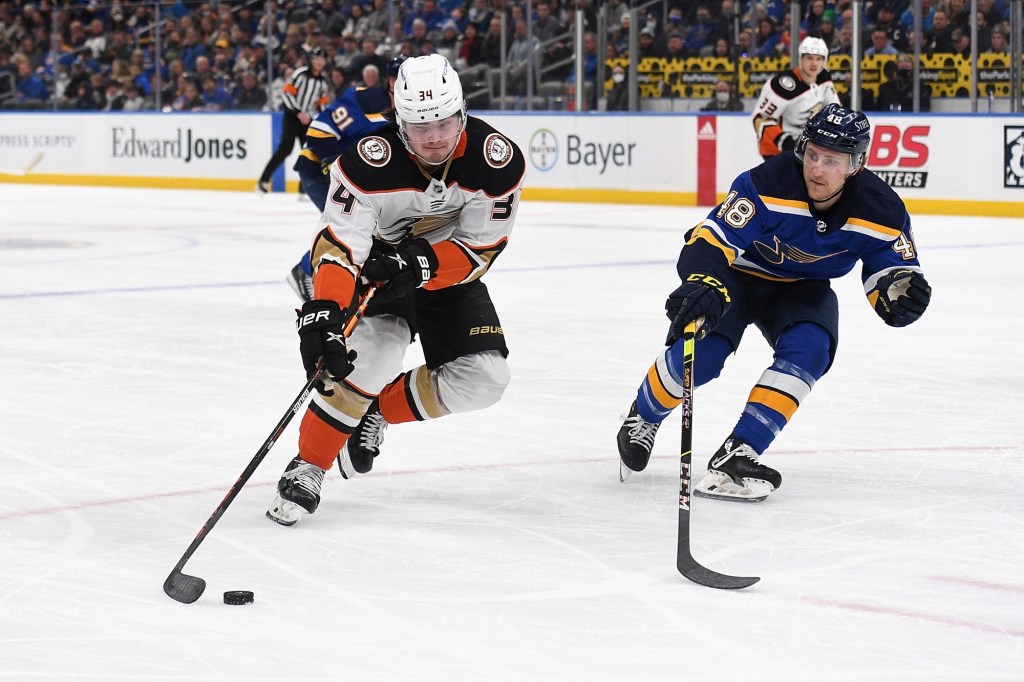 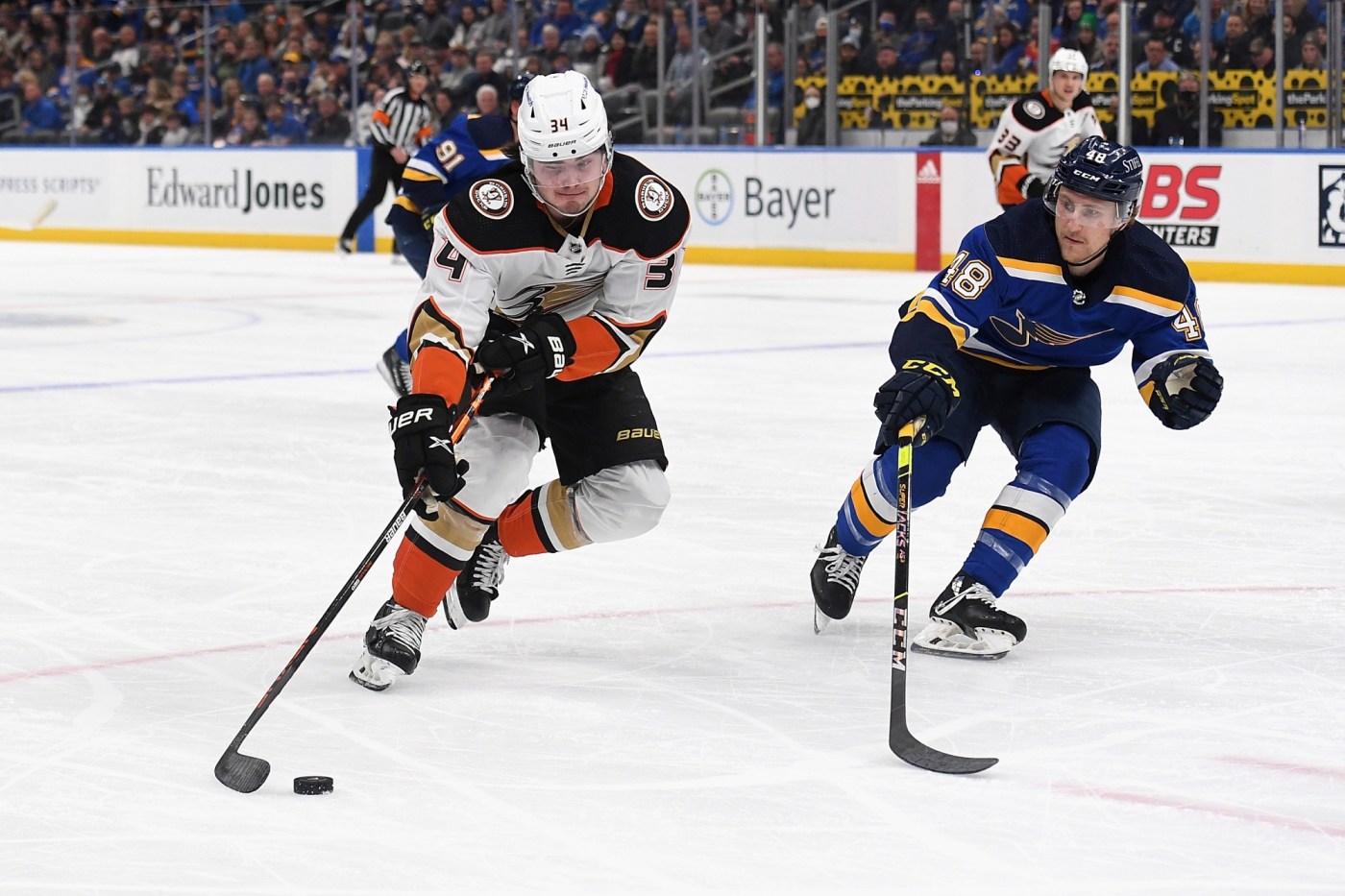 ST. LOUIS — The Ducks played for the fifth time in seven nights on their cross-country trip, so adjustments had to be made. They throttled back and adopted a more patient game Sunday against the St. Louis Blues, perhaps shifting into self-preservation mode after playing Saturday in Pittsburgh.

In the end, the Ducks beat the Blues 3-2 in overtime at Enterprise Center in a game of attrition that gave them a 3-1-1 record on their trip. Anthony Stolarz filled in capably for injured Ducks goaltender John Gibson, but gave up the go-ahead goal to Nathan Walker at 7:40 of the third period.

Troy Terry tied it for the Ducks 2-2 at 13:29, converting on a rebound after St. Louis goalie Jon Gillies denied Cam Fowler’s point-blank shot after a clever setup from a hard-charging Ryan Getzlaf. Terry then won it in OT by converting a penalty shot with 1:02 left in the extra period.

The Ducks took a 1-0 lead on Buddy Robinson’s first goal of the season and the third of his career, and it was everything you might have expected from the 6-foot-6 journeyman. He smacked a loose puck into the back of the net from point-blank range at 12:32 of the first period.

St. Louis tied it 1-1 on Oskar Sundqvist’s first goal of the season, a one-timed shot that capped a two-on-one break with Walker at 6:43 of the second period. Stolarz had no chance on the play, one of the few odd-man rushes either team gave up in the first half of the game.