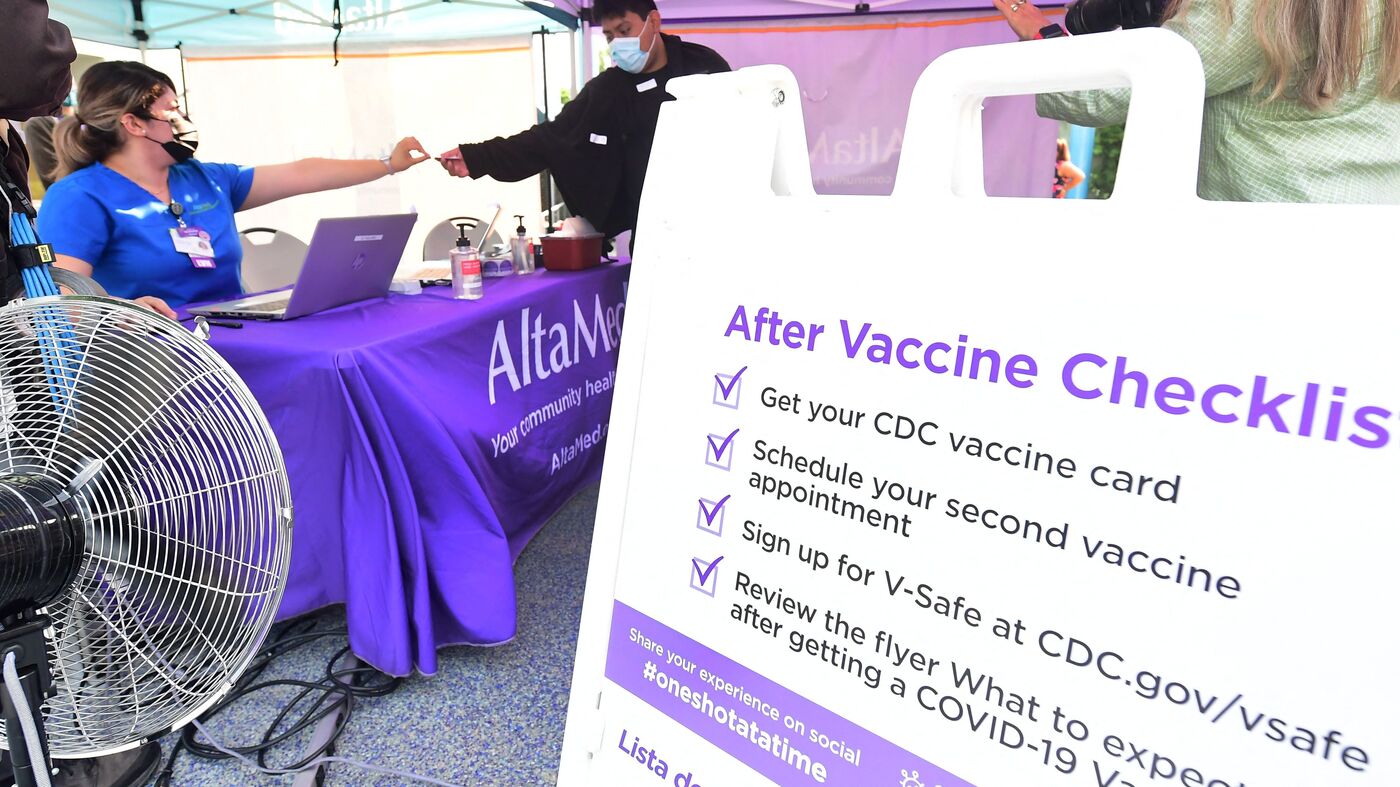 A nurse from AltaMed Health Services hands out the vaccine card to people after receiving their Covid-19 vaccine in Los Angeles, California on August 17, 2021.

A nurse from AltaMed Health Services hands out the vaccine card to people after receiving their Covid-19 vaccine in Los Angeles, California on August 17, 2021.

It took just a day-and-a-half for President Biden’s vaccine-or-test rule covering 84 million workers to be blocked by a federal appeals court.

Now, the Biden administration is gearing up for a fight.

“Defending a policy is not a new thing,” said White House Deputy Press Secretary Karine Jean-Pierre on Monday. “The administration clearly has the authority to protect workers, and actions announced by the President are designed to save lives and stop the spread of COVID-19.”

Citing an ongoing death toll of approximately 1,300 people a day, Jean-Pierre urged companies not to delay complying with the rule.

“Do not wait to take actions that will keep your workplace safe,” she said.

But whether companies will in fact be required to take any action at all remains an open question, given the barrage of lawsuits facing the administration. More than two dozen states, businesses, business groups and religious organizations have sued, calling the rule issued by the Occupational Health and Safety Administration an overreach of government authority.

The rule, which took effect Friday morning before it was blocked Saturday, requires companies with 100 or more employees to ensure their workers are vaccinated against COVID-19 or undergo weekly testing starting January 4. Covered employers are required to implement a mask mandate for unvaccinated workers by December 5.

Among the arguments put forth by states and businesses: OSHA does not have the legal authority to issue a rule to address a society-wide health concern, and even if reducing the risk of COVID-19 “remains a compelling interest,” it is not necessarily a “grave danger” as OSHA has declared it to be. The plaintiffs also question the timing of the rule, coming more than a year-and-a-half into the pandemic, when many employers have already implemented safety measures and Covid cases are falling.

Almost all of the states suing the Biden administration are led by Republicans, but Kansas Governor Laura Kelly, a Democrat, joined in the criticism. She posted a statement Friday that said while she appreciated the intention to keep workers safe, it was too late to impose a federal standard.

The courts will have a lot to decide in coming days

In issuing a stay on Saturday, the 5th Circuit Court of Appeals, based in New Orleans, said the petitions “give cause to believe there are grave statutory and constitutional issues with the Mandate.” The court will decide in coming days whether to maintain the stay.

“My fear is that they will ignore both precedent, law and constitution and just go ahead and stop this rule,” says David Michaels, who led OSHA under President Obama and is now a professor at George Washington University.

Because there are multiple challenges to the OSHA rule in several circuit courts, federal law dictates that the cases be consolidated and heard by one federal appeals court, chosen by lottery. That lottery could take place next week. Ultimately, the case could end up at the Supreme Court.

Companies may move forward with vaccine and testing requirements regardless

Regardless of what happens in court, Michaels believes a number of companies will move forward as the White House has asked, citing the relief some felt when the government stepped in to require vaccines and testing, a move they were reluctant to take themselves.

“Many companies will do everything they can to make sure their workers are either vaccinated or tested and safe, so they can reopen safely,” he says.