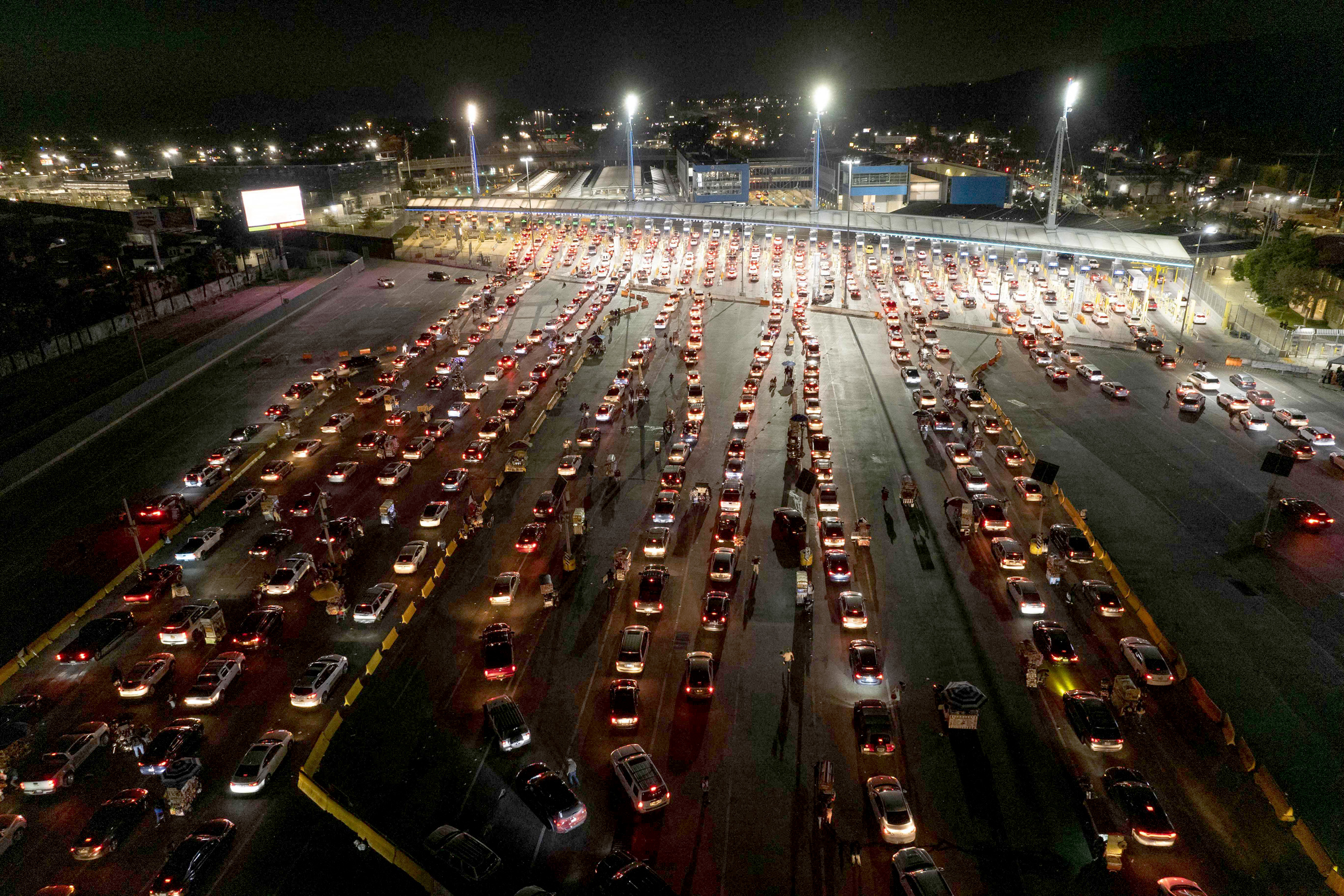 LONDON — Travelers prepared for emotional reunions with friends and family on Monday after the U.S. lifted restrictions imposed more than a year and a half ago at the beginning of the Covid-19 pandemic.

The travel restrictions had barred non-U.S. citizens travelling from 33 countries — including China, India and much of Europe — and had also restricted overland entry from Mexico and Canada.

In London’s Heathrow Airport, Gail and Paul Chamberlain said they looked forward to meeting their daughter’s fiancé in person as they prepared to catch a flight to Los Angeles.

“I’m so joyful I could cry,” said Gail Chamberlain, 67. “I’m [going] wedding dress shopping. That I never thought I would be able to do with her.”

U.S. citizens and permanent residents have always been allowed to enter the U.S. However, the travel restrictions meant that tourists, business travelers and family members were prevented from entering.

The travel restrictions had barred non-U.S. citizens travelling from 33 countries — including China, India and much of Europe — and had also restricted overland entry from Mexico and Canada.

To enter the U.S., foreign national travelers must be fully vaccinated against Covid-19, though exceptions will be made for children under 18 and people who are medically unable to be vaccinated. Travelers over the age of 2 must also show a negative Covid-19 test taken within three days to enter the U.S.

Those crossing a land border from Mexico or Canada will require proof of vaccination but no test. Early Monday, traffic at many land border crossings was already backed up.

Following the announcement that the U.S. would reopen the borders, Virgin Atlantic saw a 600 percent increase in bookings to the U.S., the airline said in a press release. Bookings went up again by nearly 50 percent compared to the week before after the confirmation of the reopening date Oct. 15.

To mark the occasion British Airways and Virgin Atlantic had two flights take off simultaneously for the first time from London’s Heathrow to New York’s JFK on Monday morning. There was a festive atmosphere at the airport with performers in red, white and blue costumes entertaining travelers.

“Today is a day of celebration,” CEO Shai Weiss said at the airport.

British Airways chief Sean Doyle agreed, and said the airline has seen enthusiasm by business travelers to get back on the road again.

“Apart from the human aspect, it’s very important for business and trade that we get this corridor up and running again,” he said. “The links are very strong, and travel is a key part of enabling that economic activity.”

The two airlines marked the reopening on their social media accounts too, with Virgin posting a photo of a new “U.S. themed cocktail.”

Delta said that in the six weeks since the U.S reopening was announced it had seen a 450 percent increase in international bookings versus the six weeks prior to the announcement.

Airlines have warned of long lines and will check vaccination documentation for international travelers as they already do for Covid-19 test results.

“It’s a real sign that people are getting back to in-person events and actually being to see each other and conduct their business in person which is such a breath of fresh air,” said Edward Langley, 34, who works for a company that runs trade shows and is making his first trip to the U.S.

President Donald Trump first barred travel on Jan. 31, 2020 to non-U.S. citizens who had been to China in the previous two weeks. As the pandemic spread, further restrictions on non-citizens followed in March 2020, with an initial ban on European travelers for 30 days.

Rachel Elbaum is a London-based editor, producer and writer.