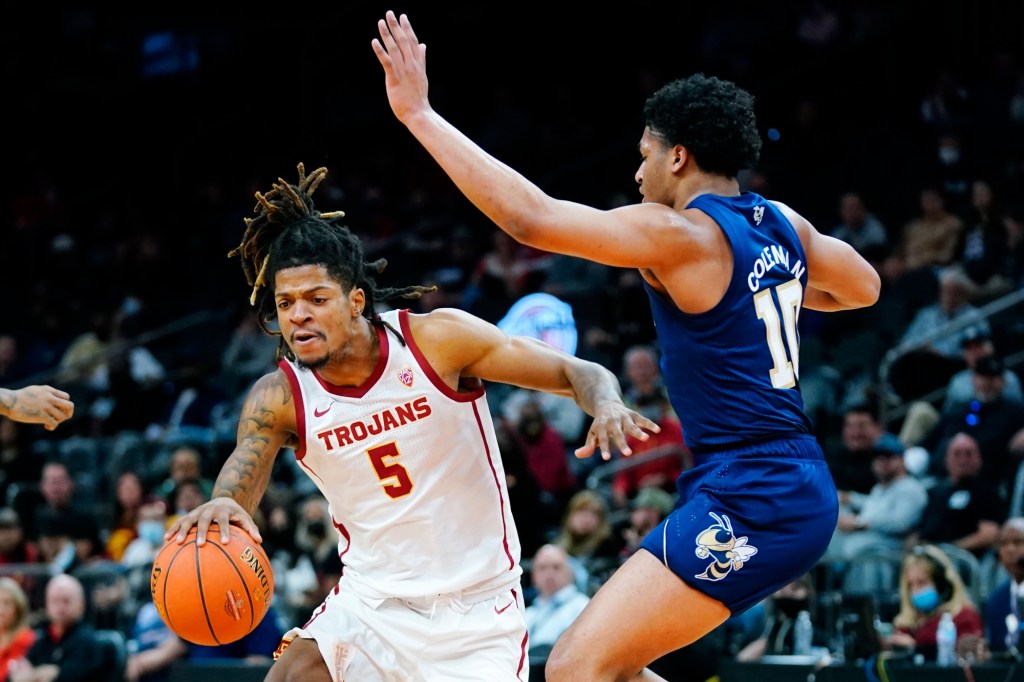 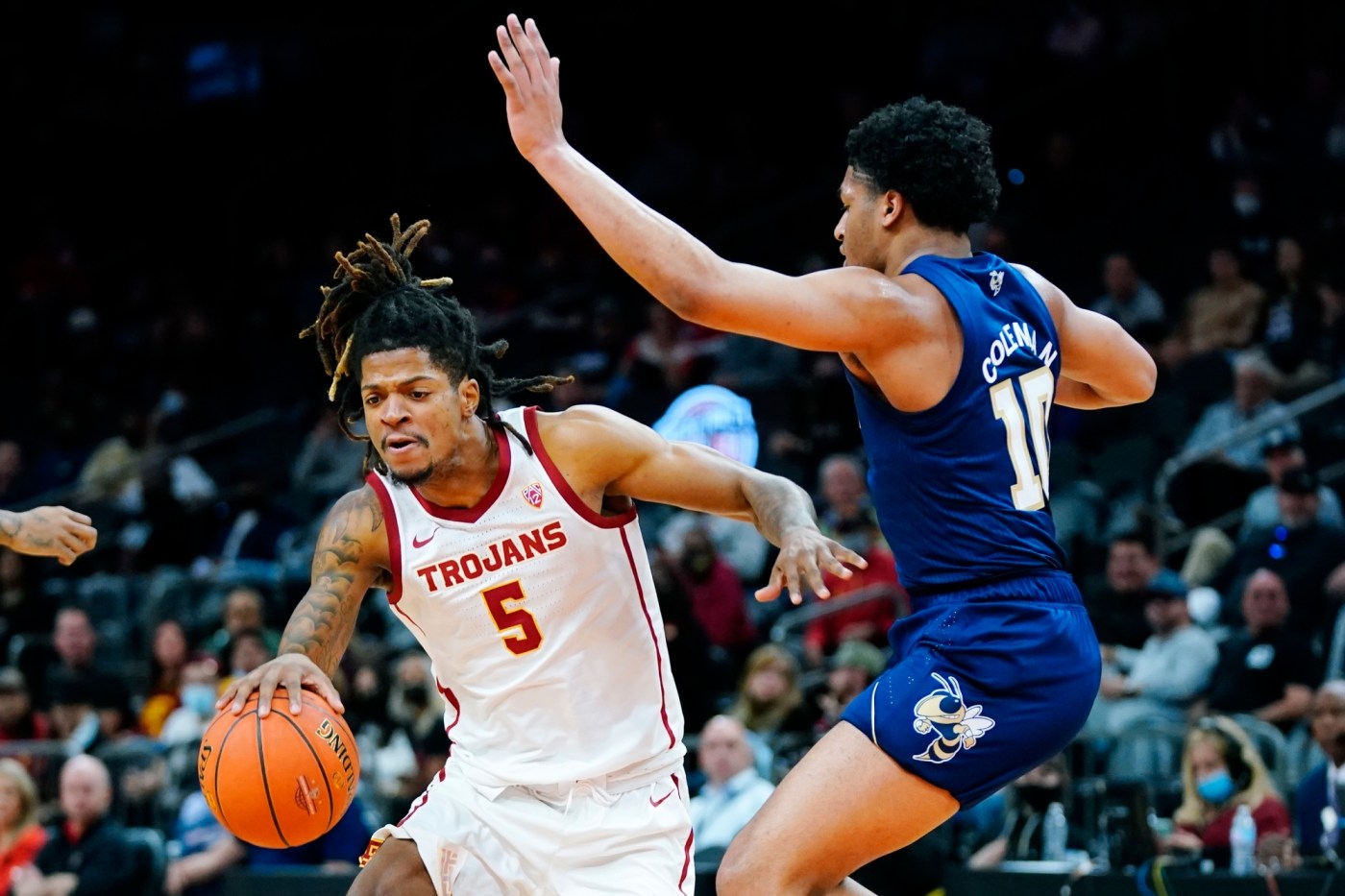 USC men’s basketball’s non-conference game against Oklahoma State on Tuesday has been canceled due to confirmed COVID-19 cases within the Trojans’ program, USC announced on Sunday.

The No. 10 Trojans just played and won against Georgia Tech on Saturday after traveling to Phoenix for the game on Friday. USC (13-0) was supposed to travel to Oklahoma City for the Dec. 21 game against the Cowboys in the Compete 4 Cause Classic, but the game will not be rescheduled.

In the paragraph-long statement announcing the cancellation, USC said that team activities have been paused and the status of future games remains unclear.

The next game on the USC schedule is Dec. 30 against Arizona State. The 11 days between the initial confirmed positive cases and the next game could potentially give USC enough time to get healthy and play against the Sun Devils, but there always remains the possibility of additional cases popping up with USC between now and then.

Following the Arizona State game, USC is scheduled for a potential top-10 matchup with Arizona at the Galen Center on Jan. 2.