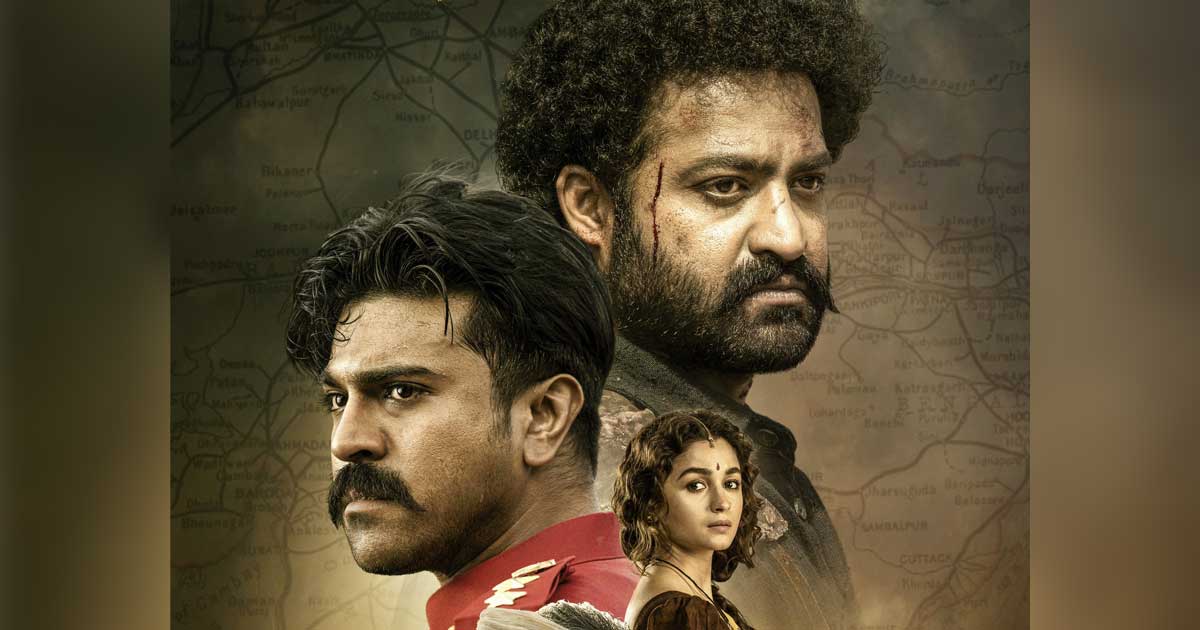 Considering the rising Covid cases across the country and the tightening of civil restrictions, the makers of Ram Charan and Jr NTR-starrer ‘RRR’ have decided to postpone the release date of the film till further notice.

Earlier on Saturday, the film’s director SS Rajamouli flew down to Mumbai for a meeting with the stakeholders of the film. The outcome of the meeting was shared by DVV Entertainment, the production company which made the announcement with regards to the same on Twitter.

They tweeted, “Keeping the best interests of all the involved parties in mind, we are forced to postpone our film. Our sincere thanks to all the fans and audience for their unconditional love. #RRRPostponed #RRRMovie”.

The creative shared by the production company read, “Inspite of our relentless efforts, some situations are beyond our control. As many Indian states are closing theatres, we are left with no choice but to ask you to hold on to your excitement. We promised to bring back The Glory of Indian Cinema, and at the right time, WE WILL.”

Enlisting the impact of the move, media and internet research analyst Karan Taurani said, “This will be a big negative for exhibitors as it will also postpone other large Hindi and regional releases slated for January; cash burn for the chains would go up substantially even if cinemas are open without large scale content as it’s a high operating leverage business. It was only large scale content that was driving larger footfalls in the last 3-4 months of operation.”

“We don’t expect a large film to be released at least until March/April basis the normalcy of current situation; we may go back to the same situation of cinemas being asked to shut in some states or reduce occupancy cap, reversal of this takes at least 6-8 weeks in our view, which would be much lower this time around as compared to wave 1 and wave 2, wherein reversals took anywhere between 12-24 weeks,” he added.

Independent film and trade analyst Sumit Kadel says that it’s a good move on the makers’ part. He shares, “It’s a sensible decision from the perspective of the ‘RRR’ makers. Otherwise, it would have badly affected their collections.”

He adds, “The Tamil Nadu government’s recent directive of running cinema halls at 50 per cent occupancy made the makers postpone the film as it is one of the most important markets for Rajamouli films. Both ‘Baahubali 1’ and its sequel did exceptional business in the state. In the coming days more states would come up with restrictions, some will put a cap on the occupancy, some will shut the theatres.”

The state of Andhra Pradesh is also facing issues with regards to ticket pricing. Upset with the state government’s crackdown on rising ticket and refreshment prices, several theatre owners in the state have shut down their establishments saying that the price cap by the government is eating into their profits and impeding the recovery of cinemas.

In addition, the Arvind Kejriwal-led Delhi government recently issued a yellow alert asking cinema halls to shut down in the national capital in order to quell the bug. Mumbai too is expected to witness shutting of cinema halls as it registered 5,600 cases on Friday, a number which is likely to go up in the days to come, pushing the hub of financial activities and entertainment into partial or full lockdown.

A number of states are curtailing civil movements to avoid the explosion of the virus into a third wave, a move which will thereby dent the showbiz further.

Must Read: Ram Charan Goes All Praises For SS Rajamouli: “If There’s Any Cinema That Broke All Barriers, That’s Baahubali”