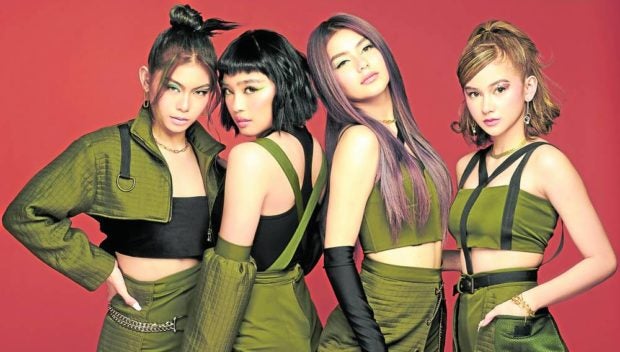 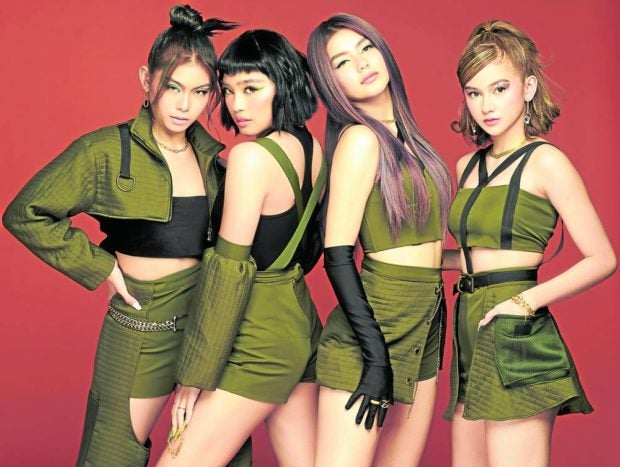 While each of the newly launched girl group G22’s four members have their own strengths and personalities, they’re all bound by a common goal: to express their passion for music and conquer the challenges that await them on the local P-pop scene.

“We come from different backgrounds. And despite our personal feelings, we—at the end of the day—put the group first. It’s what got us connected. We managed to build a bond over time,” main vocalist Jaz told the Inquirer in a recent virtual interview arranged by the group’s management company, Cornerstone Entertainment.

“I know I can turn to them when I’m going through something. And once we’re in the studio, we get it on,” she added.

Jaz, who was born and raised in Sydney, Australia, moved to the Philippines in 2018, to pursue a career in music. AJ, the leader and main rapper, was a contestant in “The Voice PH Teens” Season 2. Visual and vocalist Alfea was a newbie in training under Cornerstone. Main dancer Bianca, meanwhile, was discovered on TikTok.

“We had our own paths before G22. But now we’re in the same car, headed to the same destination,” said AJ, who, despite her designation as the leader, makes sure that her fellow members also get to voice out their thoughts and ideas. “I’m not the only one who leads. I’m thankful because we all work hard and care for each other.” 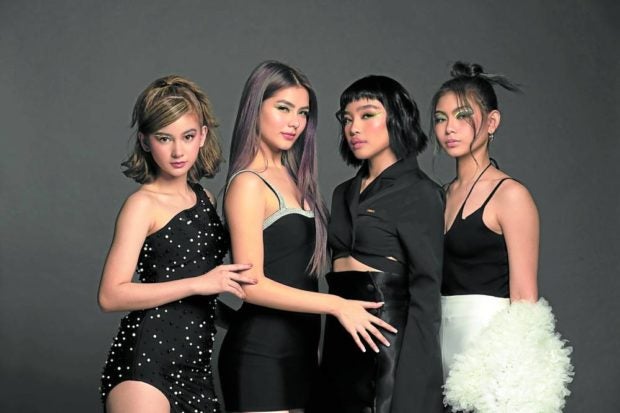 The name G22 is a reference to the Glock 22 pistol, and 2022, the year the girls debuted. And fittingly, the group’s first single, “Bang!,” talks about shooting down negativity and other things that hold women back.

“When we say, ‘Bang!,’ it means shooting down negativity and things that put us down—not violence. It’s about confidence and women empowerment. It’s about overcoming trials and standing tall. We just want the listeners to feel like alpha,” Jaz said.

“I want our fans to feel like they can go on with their days or lives, or deal with their problems and inner demons and do whatever they want,” AJ said.

“Our fanbase is actually called ‘Bullet,’” Alfea pointed out. “We go hand-in-hand.”

They may seem sweet at first glance, but their sound, they said, drives hard and has depth. “Each of us has her own tone, color… There’s a sweet side to us, but there’s depth when you listen to us,” Jaz said, adding that the group is open to exploring various genres and learning what their audience is looking for.

“Through workshops and training, our knowledge of music and performing expanded,” Bianca said.

They don’t just sing, rap and dance—they’re also involved in the creative process, they said. “We’re given freedom for creativity and voice out our opinions on what genre we want to try and express,” AJ said.

And for “Bang!” They collaborated with KZ Tandingan, who served as their vocal arranger and mentor. “We’re so thankful because she helped us with the arrangement and was very patient with us in the studio. She reminded us to always take our time, so we won’t have any regrets about our work in the end,” Bianca said.

“The thing that stood out to me was that, more than hitting the right notes, you also have to put importance on emotion and delivery. The listeners need to feel you pouring your soul onto your microphone,” Jaz said.

The P-pop scene is continuing to grow, with new idol groups being launched every so often. But it isn’t a competition, the four stressed. Their goal is to lift each other up.

“We’re such fans of everyone who’s out. Different groups have their own uniqueness. And as rookies, we’re like, ‘Look at how our seniors go!’ We’re here to raise our flag,” Jaz said. “I feel proud seeing our seniors do their thing. And we’re so excited to get there, too.”