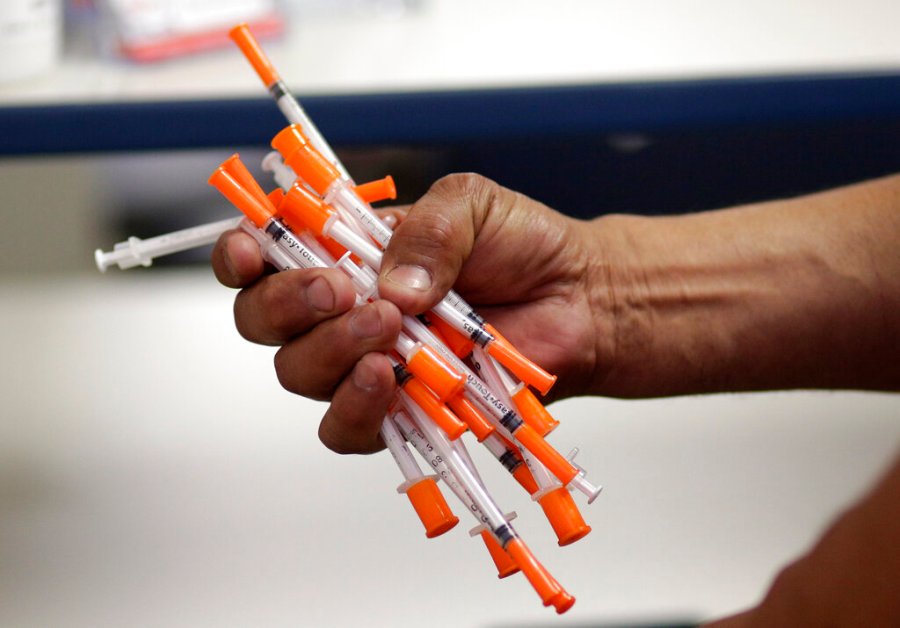 Chief Troy Finner acknowledged that rumors are spreading on social media of people getting drugged at the festival through “spiking.”

Finner said a security guard told police that he felt a prick in his neck during the chaos at the Travis Scott concert and lost consciousness while being examined by first responders. He was revived by the opioid antidote Narcan.

“The medical staff did notice a prick that was similar to a prick that you would get if somebody was trying to inject,” Finner said.

Finner said his department noticed attendees “going down” during the concert at 9:30 p.m. and immediately notified concert organizers. The event was called off 40 minutes later after discussions that included the fire department and officials with NRG Park.

Here is some of what is known about needle spiking.

What is needle spiking?

It’s sort of like spiking someone’s drink, but instead drugs are being administered via needle.

There have been reports of the use of “roofies” (rohypnol), the anesthetic ketamine or the opioid fentanyl.

Where has this been reported?

According to reporting in The New York Times, there have been a significant number of suspected needle-spiking cases in the past year, many involving college-age women in England (including 12 cases alone in Nottinghamshire, according to The Independent), Ireland and Scotland. NBC News has reported that the U.K.’s National Police Chiefs Council had seen 56 confirmed cases as of Oct. 23.

It has become such a hot-button issue in parts of Europe that a weeklong boycott against nightclubs called “Girls Night In” has taken place and a petition drive demanding stricter security measures in nightclubs has gained enough interest to put the issue up for debate in Parliament.

Needle spiking is a newer issue in the U.S.

How do I know if I’ve been needle spiked?

According to HelloMagazine.com, symptoms might imitate those of normal alcoholic intoxication, but be wildly out of line with the amount one has consumed. In addition, signs include needle marks or bruising near an injection point, as well as sedations, amnesia, heavy sweating, stomach discomfort, breathing difficulties, blurred vision, hallucinations and paranoia.

What are the dangers?

In addition to sexual assault, the specter of dirty needles bringing on hazards such as hepatitis has been raised.

If I suspect I have been stuck with a needle, what should I do?

If you are visiting nightclubs, general admission concerts or other events and venues where people tend to be tightly packed, travel with friends who can remove you from the fray and take you to safety. Exit any crowded area, and stay in the company of people you know and trust. In the event of concerning symptoms, seek medical attention. You may also want to contact police.