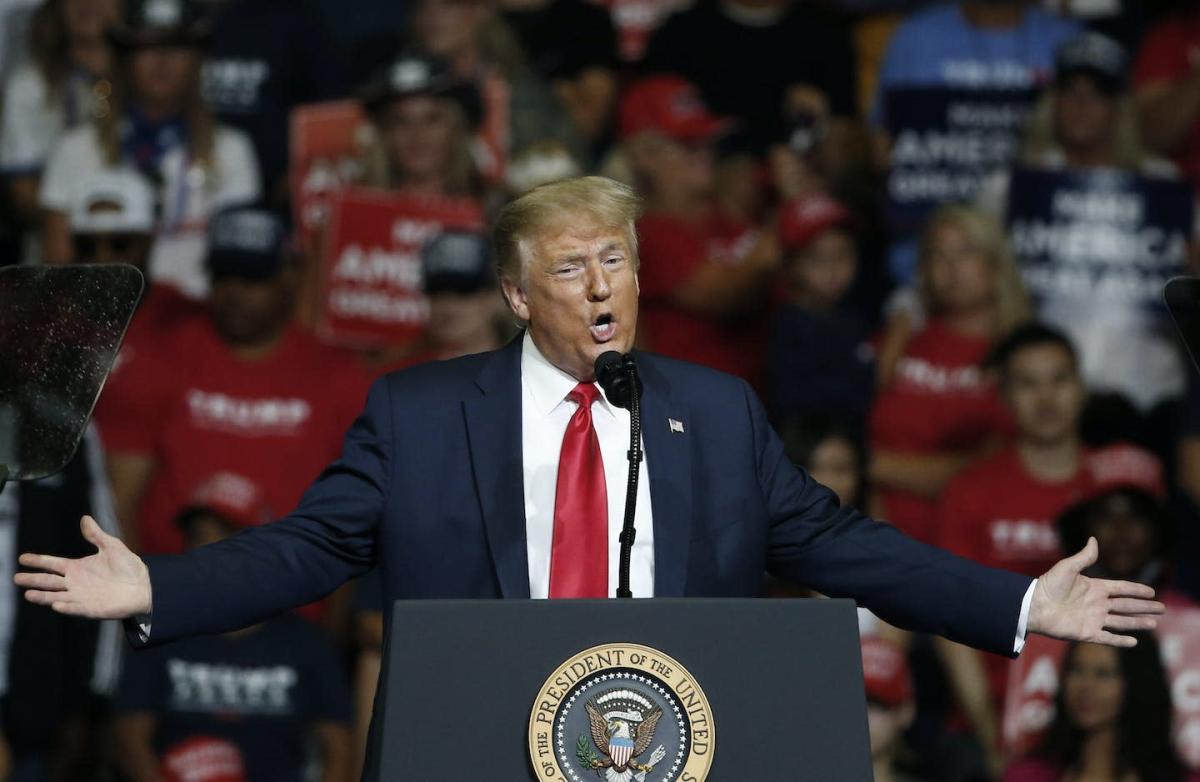 After President Donald Trump said during a rally in June 2021 that increased testing was responsible for the surging number of infections, the condemnation of the inaccurate claim was swift.

“Sometimes I jokingly say, or sarcastically say, if we didn’t do tests we would look great,” he replied.

This seems to be a pattern. Two months earlier, the president had mused about the beneficial effects of injecting disinfectants into the body to combat COVID-19. After many health officials expressed their dismay, Trump repeatedly claimed that he was just being sarcastic.

That same month, after he misspelled “Nobel Prize” in a tweet – writing it out as “Noble Prize” – he deleted the tweet before falling back on on a familiar excuse: sarcasm.

What is it about sarcasm that makes it such a convenient excuse for people who are trying to distance themselves from what they’ve said?

As I describe in my book on irony and sarcasm, most cognitive scientists and other language researchers think of sarcasm as a form of verbal irony. Both ways of speaking involve saying the opposite of what you mean. But the goals of irony and sarcasm are actually different.

For example, if someone slowly intones “What beautiful weather!” on a cold and rainy day, it’s clear they’re speaking ironically about a disappointing state of affairs. In general, irony is used to provide commentary on unexpected and negative outcomes.

Sarcasm, on the other hand, is most frequently used to disparage the actions of other people. If someone tells you that you’re a real genius after you forgot to meet them for an important appointment, they clearly don’t mean that you’re mentally gifted. Simply put, irony is commentary, but sarcasm is criticism.

That seems straightforward enough. But in actual practice, the line between irony and sarcasm is blurry and confusing. Many people assert they are being sarcastic when they are in fact being ironic, as in the previous example of the weather.

The enlargement of the domain of sarcasm – at irony’s expense – is a linguistic shift that has been going on for some time. In fact, linguist Geoffrey Nunberg called attention to this phenomenon 20 years ago. So it’s hard to fault the president for conflating the two.

Another element that makes sarcasm tricky to grasp has to do with saying the opposite of what is meant. The recipient of such a statement isn’t supposed to take it literally.

For this reason, when we use verbal irony or sarcasm, we might employ cues to signal our nonliteral intent. We may, for example, speak in a tone of voice that’s slower, lower and louder than how we speak normally. Our pitch may swoop up or down. Ironic statements are also frequently accompanied by facial displays, such as a smirk or the rolling of the eyes.

And that’s why, when being sarcastic over text or email, we’ll use emojis to relay nonliteral intent. Of course, even then, there’s no guarantee that the recipient will interpret the message correctly.

President Trump does, at times, clearly make use of sarcasm. For example, at a December 2019 rally in Hershey, Pennsylvania, he said, referring to the House’s imminent decision to initiate impeachment proceedings, that the Democrats “also understand poll numbers, but I’m sure that had nothing to do with it.” He signals sarcasm by using absolute words like “sure” and “nothing” and by gesturing broadly with both hands. He also pauses to give his audience a moment to interpret his remark as the opposite of what he has said – that, in fact, “my high poll numbers have everything to do with impeachment.” The remark is sarcastic because there’s a clear target: the Democrats in Congress.

But at both the Tulsa rally and his April press conference, the president’s controversial remarks didn’t have such accompanying verbal and nonverbal cues. He wasn’t being critical of anyone; he was simply asserting that testing leads to more infections, or asking what appeared to be sincere questions about the use of disinfectants to combat the virus. Chances are he literally meant what he said.

As the president has repeatedly demonstrated, a claim of intended sarcasm can be used to walk back a remark that has been criticized or otherwise fallen flat. Thanks to our slippery understanding of the term, along with the way sarcasm can be easily missed, it can function like a “Get Out of Jail Free” card: The speaker can take a conversational mulligan and try to make things right.

We’ve all said things that we later regretted and appealed to “just kidding” or “I was being sarcastic.” However, if we habitually reach for such excuses to absolve ourselves of linguistic sins, it becomes, like the little boy who cried wolf, less and less effective.

This article is republished from The Conversation, a nonprofit news site dedicated to sharing ideas from academic experts. It was written by: Roger J. Kreuz, University of Memphis.

Roger J. Kreuz does not work for, consult, own shares in or receive funding from any company or organization that would benefit from this article, and has disclosed no relevant affiliations beyond their academic appointment.