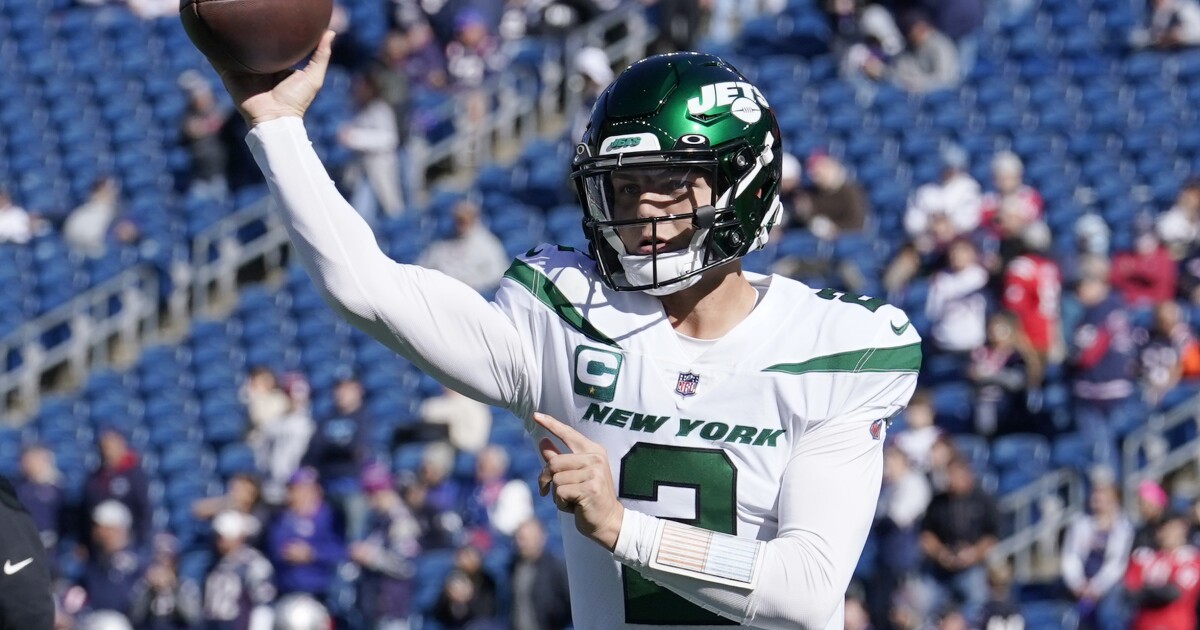 New York Jets quarterback Zach Wilson is expected to return to practice this week and could start again as soon as Sunday against Buffalo.

Coach Robert Saleh said Monday that Wilson would be the team’s starting quarterback when he was fully healthy, ending speculation whether the rookie might have to sit behind backup Mike White even when his knee healed. Wilson has missed two games with a sprained posterior collateral ligament in his right knee.

Saleh said the team will decide by Wednesday who will start the home game against the Bills so the starter can get all of the snaps with the first-team offense during preparations.

The coach cautioned that Wilson will not play unless his knee is completely healed. That means there’s still a good chance White could start a third straight game.

In White’s first NFL start against Cincinnati on Oct. 31, threw for 405 yards and three touchdowns in New York’s 34-31 victory. He was selected the AFC offensive player of the week and his jersey and game ball were sent for display at the Pro Football Hall of Fame in Canton, Ohio, after he set the NFL record for completions in a first start with 37.

White started again at Indianapolis last Thursday night, but suffered a bruised nerve in his throwing hand in the first quarter — causing numbness in two of his fingers. He was replaced by veteran Josh Johnson in the Jets’ 45-30 loss. White felt better by the end of the game and should be 100% for practice this week.