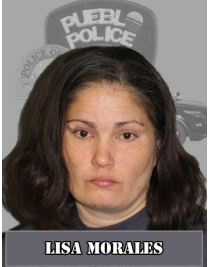 PUEBLO, Colo.– Pueblo Police Division arrested 42-year-old Lisa Morales who had stabbed a person throughout an argument on Tuesday.

Officers had been known as close to the intersection of Cambridge and Stanford Ave. on a report of a stabbing at 1:45 a.m.

Upon arrival, officers situated a person affected by an obvious stab wound to his stomach. The victim was taken to a hospital the place he underwent surgical procedure for his accidents.

Morales was arrested on expenses of First-Diploma Assault and Home Violence.